The future of computing: why we need a new mindset

Looking back at the past few decades of the development of computing, there are some clear stages that can be identified, and some issues that need to be addressed before we can unleash its next level of potential.

Until around the 1990s, electronics and processors were not miniaturized enough, nor could they be miniaturized, to allow the emergence of personal computers, while the cell phones we know today were not even dreamed of. This was the era of the mainframe, the unchallenged dominance of companies such as IBM, while government “national champion” policies enabled the birth of Bull, Olivetti and others.

The most widely used semiconductor technology is still bipolar. This is despite its many disadvantages, including power consumption and thermal dissipation. Indeed, the need for heat dissipation is becoming so important that computer cooling circuits are no longer “water-based”, but with oil-type fluids with much higher heat transfer coefficients. The problem is that this approach cannot be applied to a personal computer or a simple smartphone, so that battery technology is now the main obstacle holding back developments in these two areas.

However, the replacement technology already exists. It was invented almost twenty years ago, by two Intel engineers – one of whom had previously worked for SGS in Italy, one of the two European companies that later will become STMicroelectronics – in Palo Alto. MOS – metal oxide semiconductor – was born. This evolutionary process started back when the famous Moore’s Law was coined.

Moore’s Law is a prediction that was made in 1965 by engineer Gordon Moore, that the number of transistors that can be integrated on a chip with an equal silicon surface would double every two years due to the continuous advancement of semiconductor manufacturing technology.

By 1990 this prediction started to be viewed, not just as a predictor of the future of computing, but also as a potential upper limit. Apple was 15 years’ old and the Mac was only 6 years’ old, but the first transformation of the electronics world had already begun.

In 1990 the size of the wafers – silicon plates on which the components are engraved – was 150 mm, or 6 inches. It was quickly increased to 200 mm, or 8 inches. The production process was still largely manual. The fineness of the etching on the chip determines the number of transistors that can be engraved on a single component. At the time, it was one micron. So the maximum number of components that could be on an Intel processor was about 1 million; today they are counted in billions.

The challenge which faces computer chip technology today is still in the reduction of the size of engraving. The other technologies used for photolithography, the wavelengths, are not yet a problem. Indeed, what is called a printed circuit is manufactured as a succession of negatives stacked on top of each other.

How a silicon chip is produced

To understand the technical challenges we face, we need to understand how a silicon chip is currently produced. The silicon plate is blank at the beginning, a first design is engraved, for that a layer of photoresistor is applied on all the surface, a mask is positioned above the plate and the light passing through dissolves the photoresistor at the place it needs to be removed. The plate is then passed through an acid bath which will remove the unwanted resin and will engrave the silicon in those lines. For 1 micron lines, light with a wavelength of about 500 nm is perfectly suitable. A succession of a few masks will be drawn on the wafer, using chemical etching, a process which has obvious environmental drawbacks.

Today, miniaturization has enabled us to produce wafer sizes of 450 mm – 18 inches – even if 300 mm ones are the only ones currently used in industry; the fineness of engraving is 3 nanometers – 3 billionth of a meter – which is a thousand times less than a few years ago.

Thankfully we are now at the threshold of a new era! We believe that the future will ultimately be quantum computing, but the technology is not yet sufficiently proven. In the meantime, the new metal oxide semiconductor (MOS) itself presents significant technical challenges. We have to produce special components, assemble them, make them communicate with each other. All while we as consumers are demanding devices that are lighter, thinner, smaller, more flexible and more transparent.

The next stage of innovation: SIP1

While component technology is still evolving, a new revolution in electronics is starting, in terms of the packaging and the system in package – SIP – which is becoming more complex, more compact and more competitive. This is an area that has long been neglected in the semiconductor industry because it was not very complex technologically speaking. However, it is gaining much more attention as the challenges we have to face from now on are many.

This may seem at first glance to be trivial, however, it is vital that the different components can communicate with each other. Conductive tracks have been made of copper because of its ease of oxidation. This cheap metal was deposited in a thick, inflexible layer, so that this medium must now also be replaced. It must be replaced with a more conductive and less oxidizable material. Only 2 metals could be used for this: they are gold and silver. For obvious reasons of cost and availability, gold must be excluded.

As both of these metals are limited in availability, we will have to increase our efforts to recapture and recycle them. We will also need to use less and less of them, because the best approach to recycling is not to consume something in the first place. This will be a major challenge, as we continue into a world of IoT, where people will want to be connected to everyone and everything.

And because there will be more and more connected objects and applications, they will have to be light, flexible and transparent to blend into our everyday lives and the landscape.

Nowadays consumers will not accept the need to adapt themselves to connected objects. They demand that the object or service adapts itself to human needs and lifestyles. This is the dawn of a new era of computing, when new skills and design expertise will need to be developed to use these new materials in an environmentally sensitive way. We need to train the next generation of designers ready to think out of the box, to imagine tomorrow, create a new world and meet these new challenges. The hardest part, technically speaking, has been done. What remains is to create a shift in mindset, but this is often the most complicated part to achieve.

1 A system in a package (SiP) or system-in-package is a number of integrated circuits enclosed in one or more chip carrier packages that may be stacked using package on package. The SiP performs all or most of the functions of an electronic system, and is typically used inside a mobile phone, digital music player, etc.

Corinne Versini is the founder and CEO of GenesInk, a leading French company in the development and commercialization of conductive and semi-conductive raw materials for the electronics market. A graduate of the Ecole Centrale de Marseille, Ms. Versini was elected Engineer of the Year in 2016 by the Academy of Science and Engineering, Centralien of the Year as well as Gold Laureate of the “Femmes de l’économie Provence-Alpes-Côte d’Azur & Monaco” International Women’s Award. In addition to being a company director, she is involved in the economy and development of the region. As a member of the Foreign Trade Advisors, she participates in the promotion of the region. Founder of BPW France Marseille Métropole, she actively promotes the role of women in the workplace. Ms. Versini is a member of the board of directors of the Comité Richelieu association, Pacte PME and the European association OE-A (Organic and Printed Electronics Association), which is the leading international industry association for the emerging technology of future electronics. In 2019, she received the insignia of the Knight of the National Order of Merit from M. Emmanuel Macron, President of the French Republic.

Reflections of an ICT Pioneer 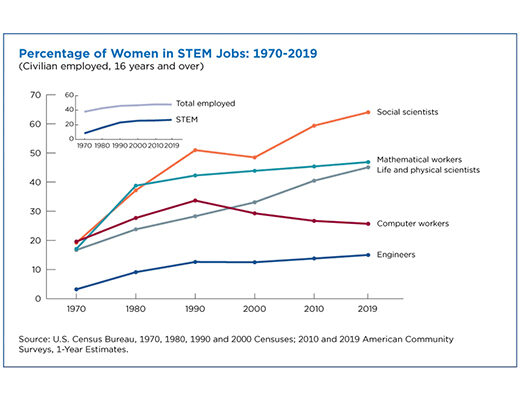 Delivering the promise of 5G will take all of us