Preparing for a future unseen: why we need a new inclusive leadership model

I often say that technology moves at light speed, while adoption happens at human speed. A few years ago, Industry 4.0 was the theme of a manufacturing conference in Montreal, Canada. There was a lot of excitement onstage, as if 4.0 technology had been teleported from space for a never before seen reveal. I leaned over to my host Jeffrey and whispered “what is all the fuss about `- is any of this new”? Jeffrey Dungen’s1 Internet of Things (IOT) Montreal based company, Reely Active2, had won The World’s Best Start-up Award 6 years earlier.

What was new, however, was the embracing of Industrial IOT. The room was all in for connecting machines, and robots, from expansive geographies, sending sensor captured data to the cloud.  Big data, machine learning and predictive analytics would deliver unthinkable macro predictive efficiencies changing industries forever.

4.0 and artificial intelligence (AI) assisted computer vision was already well underway in driverless vehicle technologies, but the enthusiasm for Industrial IOT observed that day in Montreal was the start of mainstream revolutionary-level adoption.

At the time, I was leading a med tech company in the brain machine interface space. You might call it Industry 4.0 meets biology. The interface is a tiny chip replacing a damaged retina. Bionic retinas allow blind people to see and ours would simultaneously communicate and record neural responses.

By supporting the bionic retina with IOT, gaming and simulation, cloud, predictive analytics and machine learning, human neural response data analysis could be used to optimise the input or “brain code”,  vision clarity and further our understanding of the brain. Using IOT, cloud, machine learning, with a retina implant was novel then. We had imagined a superior system using our tool box of technologies, collective expert and luminary knowledge, collaboration, creativity and possibility.

Today, the convergence of rapid advancements across 4.0 technologies, like tiny inexpensive smart sensors, predictive data analytics, simulation, animation, the Cloud and 5G to interconnect them, is catapulting obvious benefits and driving unprecedented adoption.

Ray Kurzweil3, Director of Engineering at Google, and co-founder of Singularity University claims the Cloud is subject to the law of accelerating returns –  doubling its power every year. Kurzweill predicts that by the 2030s we will reach the singularity – the time when advances in technology, particularly in artificial intelligence, will lead to machines being smarter than humans.  We will have the ability to extend our neocortex cognitive capacity by connecting the biological thinking part of our brains to a synthetic neocortex in the cloud via The Internet of Medical Things. (IOMT)

Driverless vehicles are amongst us now, but steering the future  and shaping how we wish technologies to impact our lives and communities, needs critical human thinkers in the driver’s seat. Diversity of minds to collectively imagine a future we can not yet see is essential.

Bryan Johnson4, CEO and Founder of Kernel5, is one entrepreneur exploring the brain frontier. He invested $100M of his own money in a quest for technologies that would make our lives better and is developing brain machine interfaces to augment our cognitive power.  He argues that progress is no longer linear, based on doing the same things faster and more efficiently within existing frameworks. He believes our brains lack the cognition to keep up with what’s coming.

As the rapid development and potential social impact of technologies bend what we know to be true, how can today’s world and community leaders and educators prepare for an exponentially changing world pushed by technology not yet invented?  How can leaders imagine the unseen and prepare frameworks to help their people navigate to their potential?

CATAAlliance and its members are striving for a better world

While Big Tech headlines frequently focus on the interruption of progress, like device addiction, election interference, identity and security issues, The Canadian Advanced Technology Alliance6 is motivated to drive a better world.

Darwin AI7 (Waterloo, Canada) works with organizations that are trying to leverage the most powerful form of artificial intelligence known as deep learning. They are making AI more robust so the decision making process of this technology can be understood. CEO, Sheldon Fernandez8 explains “The idea of trustworthy AI is critical. Think about the benefits to a leader that is using AI to do any kind of predictive operation. They don’t just want to know about the predictions but why the AI has made that prediction.”  Darwin AI recently used their technology in partnership with Lockheed Martin to help accelerate COVID-19 Diagnosis.

When asked what collaborating leaders need in their tool boxes to support a better tomorrow for people and the planet, Fernandez provided a surprisingly non-technical reply. “A peripheral interest of mine has been humanitarian work. You will sometimes hear artificial empathy, or artificial humanity almost. We are talking about the future of our species, developing that empathy for the other is so critical”.  Fernandez believes the tools for AI can support things like disaster recovery, identifying mass atrocity sites and crimes of that nature. Detecting hate speech for example.

Robin Strachin9, CEO of SIMBL10, is a Metis business enabler and solutions architect from Toronto. SIMBL’s current project, Cloud Cities, is a one stop citizen-facing overlay pulling together and simplifying multiple digital municipality services. Strachin’s passion project is more unusual, however. IndigenousChat is destined to preserve thousands of aboriginal languages threatened with extinction. Her chat bot, powered by deep learning, can teach itself verb based languages.

The United Nations is aspiring to preserve over 7000 indigenous languages, many under threat of extinction.  An early step in cultural revitalization, and even reconciliation, is preserving language. Strachin further explains the benefits ” In doing this you can open up people to the inter-generational oral stories and legends that the elders, the holders of the language, have access to. That can lead to the art and the legacy culture behind the stories, to be amplified, both generally, and by a NewGen of aboriginal arts and culture that have their roots in those legends”.

On the subject of future preparedness, Strachin sees one of the problems being that the ‘old guard’ is still present. As new recruits and younger people join organisations, they are adopting old paradigms. Until you have people coming in and adopting new technologies, you aren’t going to solve future problems adequately. She adds; “There’s this massive sea change where old structures, old ways of doing things are breaking down in 2020 though. You can almost see it – like a wave. 2020 was all about breaking things down, seeing old ways that weren’t working. 2021  – the new paradigms are coming.”

Robert Smart11 is a new Canadian from the UK. He has been simplifying the qualification and certification process for students, and defence and multinational employees for 25 years. Today his Ottawa based company, Vametric12 uses video to provide evidence capture and validation for skills (all forms both hard and soft), process, productivity safety and apprenticeships. Their Valid-813 software platform overcomes race, gender, and disability challenges by providing a fair and transparent means to prove applied skills.

Having technology that allows remote assessment of any skill or process has helped to overcome COVID19 barriers and has seen educational and apprenticeship programmes carry on despite the pandemic.  A remote ability to measure knowledge and soft skills is important in a country like Canada where 400,000 immigrants are welcomed annually. New Canadian employment and productivity is often hindered by a lack of international competency equivalencies.

How can educators develop curriculum for  jobs skills not yet imagined? Robert Smart has seen a shift;  skills are far easier to teach than attitude and aptitude. He says “ soft skills, if you’ve got them – I can teach you, I can coach you. If you don’t have those, you might have the best skills but you aren’t gonna be able to evolve the business.” So how do you measure those when everyone is an individual and everyone has different empathic ability? In this case you are trying to come up with  models that don’t exist.

New leadership for a future unseen

As the crisis caused by the global pandemic passes, we should not forget the lessons learned. Future crises are inevitable, with ongoing threats such as climate change, food insecurity, a post pandemic economy with crushing public debt and a deepening divide between the 1% and the 99%.  Technologies are anticipated to drastically contribute to unemployment by replacing human jobs with robots and vehicles that drive themselves.

To meet the complex challenges ahead, our leadership teams need to include people who understand the myriad of new technologies, their capabilities and how they can be pulled together. We also need to bring in the creatives and the philosophers, the social scientists and visionaries, artists and visualisers. We need a more creative and listening mindset,  far more collaboration and frameworks that accommodate more unknowns. Our decision tables need to be larger, more inclusive and led more creatively and with more empathy. To succeed and overcome the challenges ahead our leaders need to make a paradigm shift toward agility, greater generosity and decision making at lightspeed. 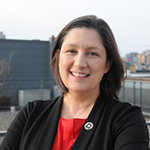 Suzanne Grant is the CEO of the Canadian Advanced Technology Alliance. The Alliance is a group of C-Suite emerging technology leaders who accelerate the adoption and export of Canadian technologies. CATAAlliance creates pathways to people, opportunities and funds, enhances private and public policy collaboration, and amplifies the brand of Canadian Technology. Suzanne is also Co-Chair of the the E-Crimes and Cyber Council, a joint body of the Canadian Association of Chiefs of Police & CATAAlliance. She was previously co-founder and Chair of the medical technology early stage company iBionics. 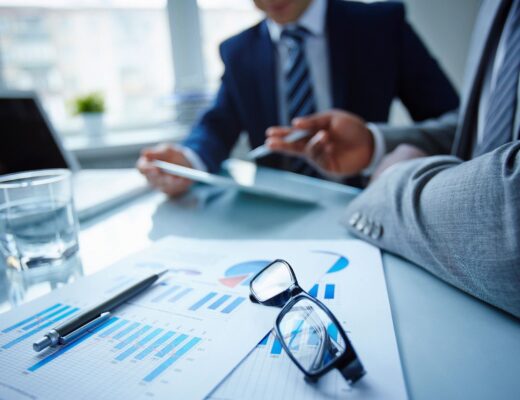 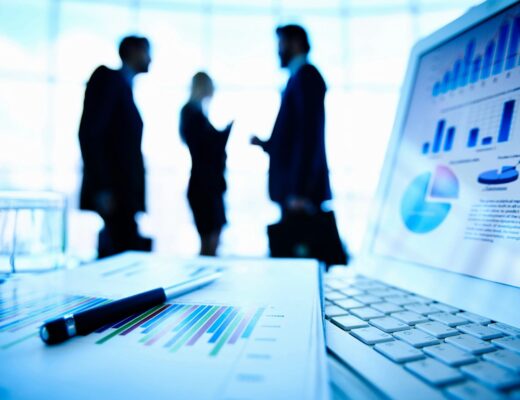 The case for a new employment framework