Much More than Apple Pie

15 years ago this month (January 2022) the iPhone was launched at Apple MacWorld in San Francisco, and has since gone on to sell globally over 2.5 Billion iPhones based on 33 models to date.1 The comparisons often look at the price, shape and size of these rectangular devices. But so much more has gone into this modern-day phenomenon offering huge pies or ecosystems that have been created. Taking lessons from the past can offer predictions for the future so what breakthroughs can we still expect? Much of the original Project Purple started in Apple in 2004 but it took a huge collaborative effort with key industry players and close to 1000 Engineers to bring this concept to reality. And then to deliver the first Apple cellphones to the US market in June 2007 and into Europe in Q4 2007.

Apple had the talent and vision, but they may not have had the courage to bring together Multimedia, Internet browsing and Mobile telephony into a single device without a few key ingredients. They had the computing and music industry knowledge and could see the early success of the iPod and PDA markets. But they knew little of the telephony market or mobile wireless in particular, and yet they could see it was changing from Business to Consumer markets. New business models and competition were emerging for connectivity and distribution, such as MVNO Virgin Mobile (launched in UK / USA – 1999/2001 respectively) which were showing good progress. They could also see the Electronics industry developments opening up new opportunities for memory, processing, and displays, some of which may have been seen as competition to their iPOD business (launched in 2001). The prospect of working with higher speed networks such as 3G and future Wifi, and lower power RISC based ARM processors added to their confidence. They naturally integrated other technologies when available such as early Camera lenses, GNSS and key sensors.

So with good timing and vision they became known as the pioneer of smartphones but went on to enlarge the Mobile market pie through many key initiatives:

Looking forward there is a still a lot more to do with barely 50 % of the world’s population connected to the Internet, but smartphones are expected to lead the way along with connected things or the Internet of Things (IoT). Business models may continue to change but access to content and services will still be required. With COVID we have seen increased work and education from home, and the widening use of consumer-friendly devices. It is expected that new form factors will augment our various senses for communications, whether through head-worn wearables or other body-worn sensors such as the iWatch. Our environments such as homes, offices and cars will all become smarter and better connected. Digital Health and Wellness also offer huge potential for breakthroughs. Connected clouds continue to displace, store and share data that will need to be accessed. But as yet there is no singular view of what the future will bring.

So as global competition and innovation increases, it will be fascinating to reach the Silver Jubilee of the iPhone in 10 years, and a lot more interesting to see an even bigger pie of ingredients, delivering a more inclusive Digital future. But feel free to look back at the MacWorld Launch 15 years ago on January 9th2007. https://www.youtube.com/ watch?v=x7qPAY9JqE4

1 This article is reproduced with the author’s kind permission. It first appeared on LinkedIn in shortened form in early January 2022. https://www.linkedin.com/feed/update/urn:li:activity:6883379422485913600/

Dr Mike Short CBE, after 30 years in telecommunications with Telefonica, joined the Department for International Trade as the Department’s first Chief Scientific Adviser in December 2017. Mike leads the science and engineering profession in the department and ensures its policy is informed by the best science, engineering and technical advice. He advises on the technical aspects of future trade deals as DIT looks to create new arrangements following Brexit, and works with the UK’s research, development and academic communities to boost scientific and engineering exports. Mike has over 40 years’ experience in electronics and telecommunications and served as Vice President of Telefonica, the parent company of the 02 mobile phone network, for 17 years to December 2016. In this post, he managed the launch of 2G (GSM) and 3G mobile technologies in the UK and led research and development for Telefonica Europe. His career also includes the promotion of international technical standards in mobile technology, and he is also a former Chairman of the Global GSM Association, the UK Mobile Data Association, and President of the Institution of Engineering and Technology (IET). He was honoured with a CBE in 2012 for his services to the mobile industry. 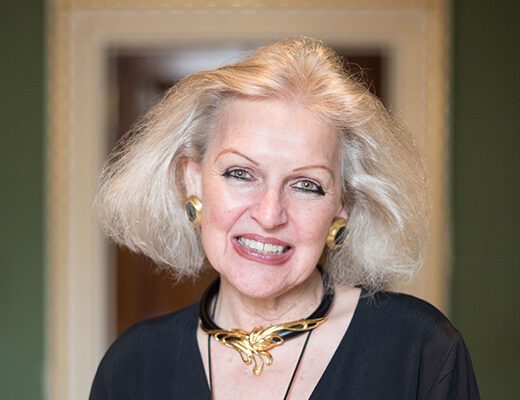 Candace Johnson: Personal reflections on the power of communications 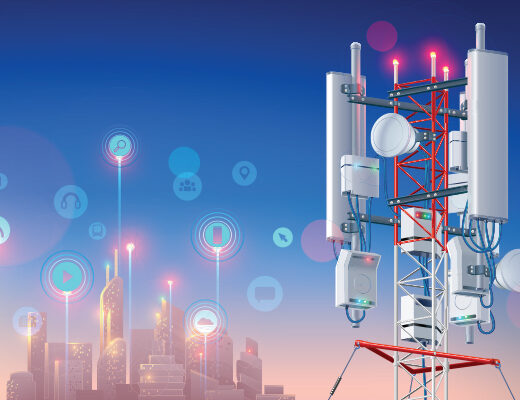