There has been significant growth in connectivity, with more people digitally included than ever before. Mobile continues to be the primary and, in some cases only, way most people access the Internet, particularly in low- and middle-income countries. Six years ago, about a third of the world’s population were using mobile internet. Today, it is more than half.

Despite this progress more needs to be done to bridge the digital divide. Of the 3.8 billion people who remain unconnected, there are now only 450 million people who live in areas without mobile broadband coverage. The far bigger challenge is the 3.4 billion people who live in areas that are already covered by mobile broadband but are not using it1. The unconnected are more likely to be poorer, less educated, older, rural and women. The COVID-19 pandemic has highlighted the importance of mobile internet access to people’s lives and livelihoods and of addressing this digital divide.

However, the underlying gender gap in mobile ownership remains largely unchanged since 2017 highlighting it is proving difficult to address. Across low- and middle income countries, women are seven per cent less likely to own a mobile phone, which translates into 143 million fewer women mobile owners than men. In addition, the reduction in the gender gap in mobile internet and smartphone ownership was driven primarily by South Asia and remained largely unchanged in the other regions.

While COVID-19 restrictions and lockdowns during the first year of the pandemic increased the need for connectivity, in some countries, there were also early signs that the pandemic may be disproportionately negatively impacting women’s handset ownership. With the pandemic disproportionately negatively impacting women it is important to continue to take targeted action to ensure women are not being left behind in an increasingly connected world.

Mobile has the power to transform lives. It can help empower women, making them more connected and safer, and providing access to information, services and life-enhancing opportunities, such as health information and guidance, financial services and employment opportunities, often for the first time. These opportunities are even more critical as the COVID-19 pandemic evolves and impacts health, livelihoods and economies around the world, disproportionately affecting women.

Addressing the mobile gender gap is not just a significant opportunity for women but also their families, society and businesses. The GSMA has estimated that, over five years, closing the gender gap in mobile internet use in LMICs could deliver an additional USD 700 billion in GDP growth, while closing the gender gap in mobile ownership and use in LMICs could deliver $140 billion in additional revenue to the mobile industry.

The mobile gender gap is driven by social, economic and cultural factors, which result in women experiencing barriers to mobile ownership and use. To close the mobile gender gap, we need to address these issues and focus on access, affordability, knowledge and skills, safety and security, and relevance.

These barriers are also experienced by men, however, women tend to experience some of them more acutely due to structural inequalities and underlying social norms, including disparities between men and women in terms of education and income. Analysis by GSMA, for instance, has shown that there would still be a mobile gender gap in Africa and Asia even if women had the same levels of education, income, literacy and employment as men; suggesting that other issues that are hard to measure, such as discrimination and social norms, are at play.3

The GSMA’s Connected Women program works with mobile operators and their partners to address the barriers to women accessing and using mobile internet and mobile money services4. Through the GSMA Connected Women Commitment Initiative mobile operators have made formal commitments to reduce the gender gap in their mobile money and/or mobile internet services customer base and have already reached over 55 million additional women highlighting that informed, targeted action can make a substantial impact.5

Mobile operators are driving an effort to accelerate digital and financial inclusion for women across Africa, Asia and Latin America. As part of the GSMA Connected Women Commitment Initiative which launched in 2016, they are making formal commitments to reduce the gender gap in the customer base of their mobile internet or mobile money services in their markets. Since 2016, 40 mobile operators have made formal commitments to accelerate digital and financial inclusion for women and have collectively reached over 55 million additional women with these services so far.

Women’s lower levels of mobile ownership and use not only reflect existing gender inequalities, but also threaten to compound them. The mobile gender gap is also not going to close on its own and requires concerted action by stakeholders working together to address women’s needs and barriers to mobile access and use. Together we can unlock this substantial market opportunity for the mobile industry, deliver significant socio-economic benefits and transform women’s lives. When women thrive, societies, businesses and economies thrive.

Mobile technology is transforming the lives of women across low- and middle-income countries. We asked women from around the world to share their stories and the difference that access to mobile services has had on their day to day lives. Hear their stories.

3 https://www.gsma.com/mobilefordevelopment/blog/does-just-being-a-woman- reduce-the-likelihood-of-using-mobile/
4 GSMA Connected Women is currently funded by the UK Foreign, Commonwealth & Development Office (FCDO), and supported by the GSMA and its members.

Claire is Head of Digital Inclusion in the Mobile for Development (M4D) team at GSMA. She leads the Connected Women and Connected Society programmes which are focused on accelerating digital inclusion for the underserved in low- and middle-income countries. Connected Women has a specific focus on accelerating digital and financial inclusion for women. She has been working for over 25 years with public, private and international development organisations on social policy and service delivery with a focus on information and communications technology (ICT) policy and practice. 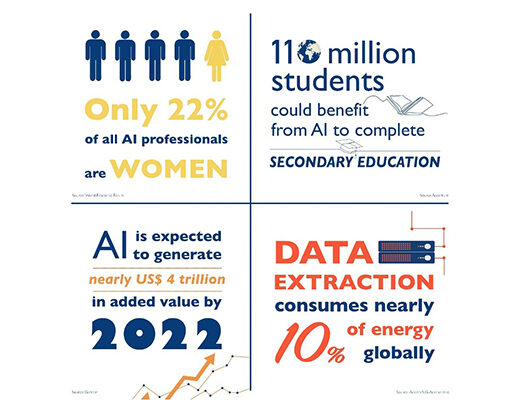 UNESCO’s Recommendation on the Ethics of Artificial Intelligence 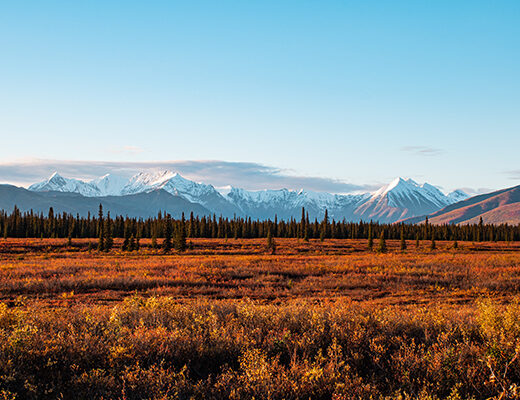 Beyond Connectivity: Lessons from the Field