Elisabeth Slapio has been a member of the GTWN Board since its inception. The Mobile Century caught up with her as she retired from her position as the Director Innovation and Environment at the Cologne Chamber of Commerce, Germany and began a new chapter as an innovation consultant.

TMC: What are your plans for the future now that you have retired from your senior role at the Cologne Chamber of Commerce?

Elisabeth: In Germany, there are many ways to use professional knowledge even in retirement. With voluntary activities aimed at young self-employed people, there are numerous ideas to help this target group, which is suffering greatly from the effects of the covid pandemic. Because of my contacts with various people at universities and in companies, I have an informal network. Currently, we are noticing a new start-up climate. Many young people have given up their original ideas of working in large corporations. They are hopeful that especially future- oriented areas such as environmental protection, sustainable business and the sharing economy will be successful.

TMC: How long have you been involved in the ICT/digital media sector, and what was the industry like when you first encountered it, including the role and number of women?

Elisabeth: From the early days during my studies, I was involved in broadcasting media and experienced the first attempts of cable pilot projects.My involvement with ITC issues started professionally in the early 90s, when Chambers of Commerce were still using telex, screen text and had just started equipping their offices with networked computers. Industrial companies and parts of the retail sector already had basic IT applications, most of which were found in production. The number of women working responsibly in these fields was vanishingly small.

TMC: Could you describe the major stages of development or major innovations of the ICT industry that you have experienced in your career, and what are the economic and social benefits of these innovations?

Elisabeth: With the change from mainframe computers to PCs and the use of the internet, the whole development in the digital field took off. In the beginning, women were only the users of PCs, then there were more and more business fields in which they advised, drove developments and also secured a firm place for themselves with innovative business concepts. Through the personal networking of decision- makers, as practised by GTWN over the last thirty years, the importance of women grew. Even though women are still found less often than men in discussion groups today, their visibility is increasing.

TMC: Looking ahead to the next few years or decades, what do you see as the main challenges facing the industry?

Elisabeth: I believe that the biggest challenges of the future will be how people will deal with the impact of technological changes. It is not technology that will decide everything. It is people’s skills that will determine where we are going. In the changes of the last decades, people have somewhat neglected some of their original skills. Sometimes it seems as if we have lost the joy of being innovative and curious. I fear the fun has been lost in exploring complexity. Convenience instead of effort, assumptions instead of facts, simplicity of arguments instead of synopses and discourse dominate our behaviour. But the future of our industry depends on people facing up to the unknown, finding the courage and strength to shape the times ahead. Only then will business and civil society have a chance for global peace and equitable adequate prosperity.

TMC: What actions should leaders in the industry, including the GTWN members and colleagues, do to address these challenges now and into the future?

Elisabeth: I am convinced that our generation in particular must take responsibility for the effects of global development over the last thirty years. Responsibility for the future means paying close attention to the differences in the world. The gap between healthy and sick, rich and poor, the educated and those who cannot afford education must not be allowed to widen. For especially in the digital age, the positive as well as negative changes are clearly visible. Health and education are important goods for all people, no matter where they live. We need a planet that we must secure together for the future. With mindfulness and a sense of proportion, we need to observe and promote what is good for all of us in the long term. Leaders should reflect on this every day and make it the benchmark for their actions.

TMC: Do you have a final message which you would like to share with the GTWN Members, colleagues and supporters in the industry?

Elisabeth: On the occasion of the 30th Anniversary of the GTWN, I would like to extend my congratulations to Candace Johnson, our co-founder of the GTWN, and on her behalf, many thanks to all active members who have made thirty years of the GTWN networking and achievement possible. We experience every day in politics, economy and society how important international contacts are for the global world. We can only shape the future of our planet together. And the role of women in a digital world of the future can only be shaped together through strong cohesion.

The GTWN has been a home for modern, open-minded thinking based on equality and togetherness from the very beginning. The exchange across countries and continents gives a little hope to contribute to mutual understanding in an increasingly complex world. Pride in the long years of GTWN cooperation, joy in still acting together today and confidence in mastering the future together is the lasting legacy of the GTWN. This is how it is today, and may it continue to be so in the future.

Elisabeth Slapio was Managing Director of the Cologne Chamber of Industry and Commerce until her retirement. There she headed the Innovation and Environment Department. Her tasks covered the topics of innovation and technology, research and science, energy and environmental economics. On behalf of the 16 North Rhine-Westphalian Chambers of Industry and Commerce, she worked for the digitalisation of the administration, especially in questions of electronic government. Elisabeth Slapio has represented the Cologne Chamber of Commerce and Industry in various national and international committees.

She is currently active in the higher education sector on the University Council of the Ruhr West University of Applied Sciences and is a member of the GTWN Global Telecom Women’s Network. She supports various initiatives and projects on a voluntary basis, for example to promote education and social integration. 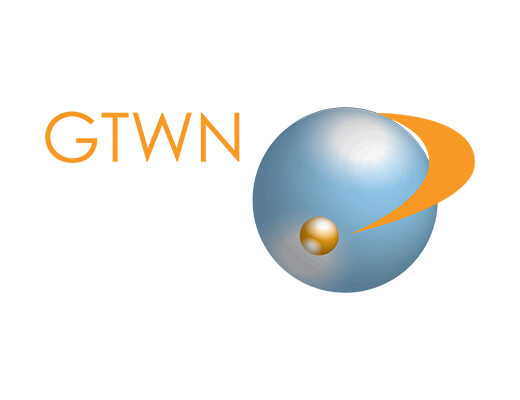 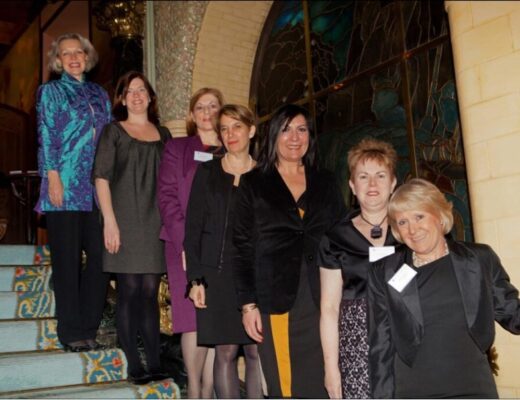 The GTWN: building the future