Beyond Connectivity: Lessons from the Field

I have been engaged with efforts to bridge what we have come to call the “digital divide” for most of my professional life. At first, it was to get basic two-way voice communication to remote regions in Canada and Alaska. Then upgrades from two-way radio in Canada and a single VHF circuit on a NASA satellite in Alaska to reliable telephony. Then to add data as well as voice communications, and now to broadband, so that connectivity is sufficient for Internet services including voice, data, and video, and whatever comes next. I have also worked on projects to bring connectivity for distance education to the South Pacific and the Caribbean, and internet to rural areas in sub-Saharan Africa.

The other focus of my career has been on research and policy. Much of the research has been in evaluation of telemedicine, distance education and community networks – to try to answer the question “what difference does connectivity make?” After all, we need to understand how networking can make a difference in people’s lives, for both social and economic development. My policy and advocacy activity began when I realized that even well-designed projects that made a difference might not be continued or expanded unless there were changes in policy to extend access and improve affordability.

The good news is that there has been a dramatic increase in funding for rural broadband in many countries, including those in developing regions, as governments provide more funding for infrastructure, and operators extend their broadband networks to smaller markets. Yet often funding is the only issue that government and development agencies consider, although there are many other factors that may influence the provision of affordable access for users and a sustainable business model for providers.

Consultation and engagement with users is vital

There are countless examples of failure to adequately consult with local communities about their own communication needs.

These oversights are finally starting to be addressed, with investments in more regional and sub-regional fiber and satellite networks, but at much higher costs and with longer delays in obtaining service for the smaller communities than was necessary.

Many of these examples could have been prevented if there had been participation of community and/or regional representatives (residents and institutions) in planning the networks. These groups could have explained their requirements and their communities of interest (such as locations with shared personal or organizational connections).

Consultation must be meaningful

Thus, in addition to funding, consultation with prospective users is essential. This may be critically important for Indigenous regions and Tribal lands where various jurisdictions and cultural sensitivities may be involved. Indigenous groups in the U.S. and Canada have found that so-called “consultation” has too often taken the form of letters not received, or unanswered phone calls. The need is for meaningful consultation, which may require significant efforts to inform communities and engage with them about projects intended to serve them. This consultation can also benefit providers by contributing relevant information about existing facilities and local conditions and sensitivities.

To address the need for meaningful consultation, the U.S. Federal Communications Commission (FCC) has implemented a Tribal Government Engagement Obligation for carriers receiving subsidies to provide services on Tribal lands. These operators must demonstrate that they have coordinated with the Tribal government and provide a report documenting their compliance. Indigenous groups in North America have also pointed out that the United Nations Declaration on the Rights of Indigenous People (UNDRIP) specifies the right to consultation.

Extending broadband may require access to existing networks, but incumbent facilities owners have little incentive to expedite access to their networks for potential competitors. Such access may not be regulated in some jurisdictions. Difficulties and delays in access to transport networks and to existing infrastructure such as poles and conduit should be reviewed to minimize delays.

In some cases, accommodating additional providers on existing facilities may need upgrades or minor modifications, which may also be subject to delays in approval from incumbents. In the U.S., the FCC has adopted an innovative “One Touch Make Ready” (OTMR) principle to help expedite extension of broadband “whereby the attacher, who has the incentive to move quickly, is able to perform simple make- ready work in the telecommunications space on a pole, subject to notice requirements and other safeguards ….”Incumbents may also set prices for access and leasing capacity so high that innovative newcomers are unable to provide affordable services. Charges that small and competitive ISPs pay to lease capacity and connect to existing infrastructure will be passed on to subscribers.

Unfortunately, in many cases, local people are hired only for unskilled labor, such as to dig trenches for fiber in Africa, or to unload equipment shipped to the community in North America. Rural broadband projects should be designed not only to provide connectivity to communities, but to contribute to their development. Training and hiring local people creates jobs but also is likely to reduce costs incurred by providers rather than depending on outside employees and contractors.

The need for better rural data

Government and/or operator data on rural coverage, transmission speeds, and service quality may be inaccurate or incomplete. Government data should be regularly updated and checked for accuracy. Additional sources may be able to contribute more accurate or granular data for broadband planning and funding. Local residents can be asked to contribute by crowd-sourcing data, such as signal strength and bandwidth availability.

Opportunities for small and indigenous providers

While new funding sources to extend broadband and other services can help to bridge connectivity gaps, it is important to ensure that the terms of eligibility do not exclude potential competitors including small, Indigenous, and community providers, and that requirements for participation are appropriate for smaller providers.

Small and Indigenous providers should be encouraged to participate in hearings and other proceedings by regulators and policy makers. They can provide testimony and examples based on firsthand experience that would not otherwise be available to decision makers. In Canada and the U.S., Indigenous providers have contributed testimony that led to adoption of regulations and policies more appropriate for Indigenous regions.

Waivers may be needed to modify funding and service criteria designed for urban networks. Waivers may also be appropriate to allow hiring of local contractors rather than those certified by incumbents that would have to make multiple expensive trips from urban centers.

License conditions such as local consultation, rollout deadlines, and quality of service metrics must include explicit means of enforcement.

As a local woman wrote after accessing the internet at a community telecentre in Timbuktu (Mali): “L’information est la clé de toutes les portes” – information is the key to all doors.

It’s a lesson that we all need to bear in mind, regardless of what technologies and services the future may bring.

Dr Heather Hudson is Professor Emerita at the University of San Francisco, and Affiliate Professor of Communications Policy and former Director of the Institute of Social and Economic Research (ISER), University of Alaska Anchorage. Her research focuses on applications of information and communication technologies for socio-economic development, regulatory issues, and policies and strategies to extend affordable access to communications, particularly in Indigenous and developing regions. She has planned and evaluated communication projects in more than 50 developing countries and emerging economies, including the Pacific islands, the Caribbean, Asia, Africa and the Arctic. She has also consulted for many international and development organizations. Professor Hudson is the author of numerous articles and several books. 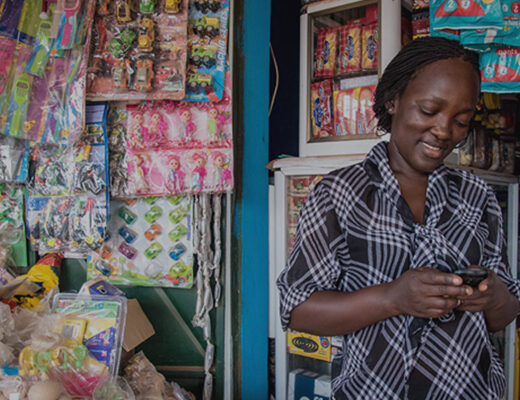 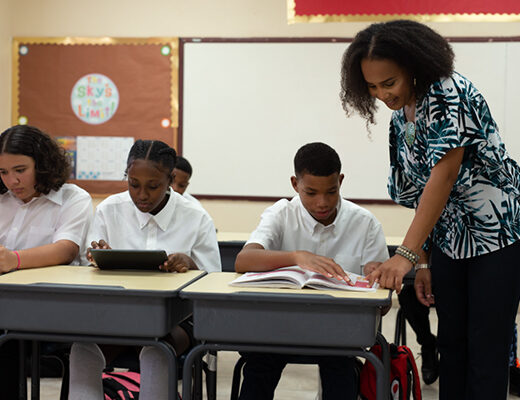 Why We Must End the Worldwide Digital Divide