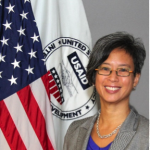 Over the past 20 years, the number of people around the world living in extreme poverty has been cut in half. This past September, 193 of the world’s leaders came together to adopt the Sustainable Development Goals (SDGs), with a headline target of ending extreme poverty by 2030. For the first time in the world’s history, this looks possible.

But it won’t be easy. To start, China’s economic growth has been responsible for three-quarters of these gains. And, as poverty rates continue to fall, the remaining poor — concentrated in fragile or failing states — will become harder and harder to reach. Additionally, the world is not even close to deploying the estimated $3 trillion a year needed to achieve the SDGs.

To address these realities, we must work faster and harder to ensure the world’s most vulnerable are empowered and served. We must apply the insights of innovation communities like Silicon Valley to find new, more effective ways to reach the very poor. Over the almost 25 years I worked in Silicon Valley, I saw how the world’s most powerful innovation ecosystem not only continuously reinvented itself, but also transformed how we live — with inventions like the world wide web, smartphones, and social networking. The technologies themselves are only the tip of the iceberg; even more powerful is the underlying ingenuity, incentives, and discipline that has made them possible. I’m confident that by harnessing such approaches, we can help the remaining 700 million people who still live on less than $1.90 a day lift themselves out of poverty.

At the United States Agency for International Development’s U.S. Global Development Lab (the Lab), we seek to create a new model for 21st Century Development that borrows from some of the best practices of Silicon Valley. Our goal is to identify those innovations that can bend the curve of progress by increasing impact, reducing costs, accelerating progress, and/or extending sustainability. Six of the core approaches we are exploring include:

Open innovation: Galvanize top talent globally to address some of the toughest problems in the world through challenges, prizes, and venture-style risk funding. The reward is saving and transforming lives, rather than receiving stock options.

Data and iteration: Take a page from agile and lean methodology by driving rapid, incremental, and iterative improvements to development programs. Seek data through surveys, polls, and sensors from the local environment and the customers themselves. Create feedback loops that continually increase effectiveness.

Evidence: Use hard evidence, like proven development outcomes and impact to end users — similar to how Silicon Valley might use web traffic or revenues — to determine what interventions should receive greater investment.

Scale and sustainability: Scale to the size of the problem. Don’t be satisfied with programs that only reach a small fraction of those in need. Insist on business models that continue to expand when grant funding runs out. Learn from the dot com crash that planning for sustainability is essential.

Enabling technologies: Build on the tools of the digital revolution where they are appropriate and can deliver development impact more effectively and efficiently.

Partnership: Capitalize on the talent, expertise, infrastructure, and reach of companies, universities, nonprofits, and other development agencies to accomplish a degree of impact that we could not achieve on our own.

Since we launched the Lab less than two years ago, we have invested in 362 new solutions for food security, health, climate change, energy, and economic growth challenges. Among these is Off Grid Electric, a great example of how we are taking approaches from Silicon Valley to discover and invest in development innovation that has the potential to change millions of lives.

Off Grid Electric provides affordable and reliable energy to 10,000 new households each month in Tanzania. Off Grid has been able to scale through an innovative leasing model, which charges rural households only a few cents a day through a mobile payments system. This has enabled families who are unable to afford the upfront cost of a solar system to transition from kerosene to a cleaner, more affordable energy solution. Our Development Innovation Ventures (DIV) has partnered with Off Grid since 2012, providing three rounds of venture-like tiered funding to test and prove its operations. This funding has been catalytic and attracted several times our investment in equity and debt from private and public sources. In early 2015, Off Grid Electric partnered with the Government of Tanzania with an aim to bring access to affordable electricity to one million Tanzanian homes — five million people — by 2017.

Off Grid Electric is just one example of this new model of 21st Century Development. To achieve our audacious goals by 2030, we believe we need to do development differently. We need new approaches, tools, and solutions. We need to be customer focused and data-driven. We need to work in coordination with partners. And we need to start now.3

1This blog first appeared in The Huffington Post on 27 January 2016. http://www. huffingtonpost.com/ann-mei-chang/taking-lessons-from-silic_b_9081804.html

2The Lab is the newest bureau at USAID and aims to transform global development through science, technology, innovation, and partnerships.

3 This blog kicks off a series on the Huffington Post about tackling extreme poverty through 21st century development approaches.

Ann Mei has more than twenty years of engineering and leadership experience in Silicon Valley. She served as a Senior Engineering Director at Google for eight years, where she led worldwide engineering for Google’s mobile applications and services. She oversaw 20 times growth of Google’s mobile business in just three years, delivering over $1 billion in annualized revenues. At Google, she also led the product development team for Emerging Markets, with a mission to bring relevant mobile and Internet services to the two-thirds of the world’s population that is not yet online. Ann Mei has held leadership roles at several other leading companies including Apple (leading engineering for the initial release of Final Cut Pro), Intuit, SGI, and a few startups.

Ann Mei  is a member of the Board of the GTWN. She was recognized as one of the Women In the World: 125 Women of Impact for 2013 by Newsweek/The Daily Beast. She is a member of the 2011 class of Henry Crown Fellows at the Aspen Institute and holds a BS degree in Computer Science from Stanford University.